Pete Chat – Words from the GM 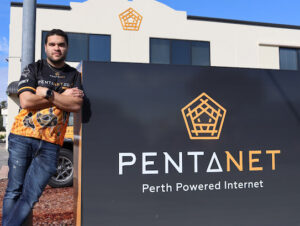 Did I tell you? I told you. We slayed Dire Wolves last week, sent the pups packing and it was a nice tune up for the grand final. I admit, I was a cheeky bit heart in throat during the first match, but once the boys blew the finals series cobwebs out it was a very cool and composed following two games to enjoy.

GG to you DW, you’re not out of it and I’m tipping you to lick your wounds and take it right up to the winner of tonight’s match between Order and Peace.
I love finals time, it’s when we see the best of the region’s league of legends. You can’t play any harder than when you know that this best of 5 series could be your last so I encourage you to tune into the DoorDash LCO and enjoy the quality that’s on offer.
I’m tipping tonight that Order push past Peace tonight in an absolute thriller and then will back it up again tomorrow night against DW before facing off against us in the final.

For our boys in the mighty orange and black it’s been a long 10 weeks of regular split competition, which came off the back of no rest after a stunning MSI campaign. They’re the hardest working team in the room and they deserve nothing less than back-to-back championships on their way to a second representative spot at an international event this year – Worlds is on the horizon, and it doesn’t matter if it’s in China or if it’s back to Iceland, to be the best you’ve got to be an anywhere anytime team.

See you on the rift.